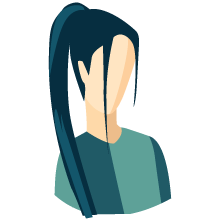 Welcome to my site about automated industrial equipment. My name is Minnie. The world is working toward automating as many systems as possible to reduce the number of workers needed for each shift. The automated equipment also reduces the risk of injury to workers in highly dangerous work positions. I will use this site to explore all of the different types of automated industrial equipment. I will also talk about the ways workers support the use of this equipment with maintainenance, repairs and quality control. Please visit my site often to learn more about this amazing practice. Thanks for coming by.

When you buy and store rubber parts for machinery, you often find that they've developed a white layer that makes them look like they're already drying out and about to crack. In many cases, this is something called rubber bloom, and it's difficult to avoid. Because the whitish sheen can look very bad, though – and because sometimes that white layer actually isn't rubber bloom – it's understandable if you become worried at the sight of it. How do you know if something is rubber bloom, and is there a time when you do need to worry about it?

If It's Confirmed Rubber Bloom, No

If you know for sure it is rubber bloom, no, you don't. It looks terrible, but all it is is crystallization. There are compounds in the rubber that are rising to the surface and combining with air to make this white layer. The rubber itself is fine, as long as there are no cracks (and to be clear, the cracks would be due to something else, not the bloom). It is possible to clean off the bloom, but what you have to use to clean it can vary greatly. Sometimes a general solvent will do it, and other times, you'll need something stronger.

Did the bloom appear after you had the part for a while, such as when it was in storage? If so, that's really bloom, assuming nothing powdery spilled on the rubber while it was in storage, in which case you have to go look for whatever broke and spilled that powder. If the bloom was on the rubber from the point of manufacture, then it could be a type of haze, which you should clean off, but which isn't harmful to the rubber itself.

Did Other Changes Accompany the Bloom's Appearance?

What you need to worry about is the appearance of bloom along with other changes to the rubber. If the white layer is fuzzy, for example, you may be dealing with mold. That's something where you'd need to clear out the storage space and treat it for mold, and potentially replace parts that had been affected. If the rubber part has a lot of detail or hard-to-reach crevices, for example, it could be too difficult to adequately clean out the mold.

If you spot a whitish layer and aren't sure if it's bloom, you can always call the seller and have them look at the part through a videoconferencing call or bring the part back in. Bloom itself isn't a problem, but you do want to ensure all it is, is either bloom or that haze.